I have changed our website to detail or first (2016) and last/final (2022), self organised cycle trips around the mountains in Mallorca
Welcome to our blog about our 2016 cycle touring trip around the mountains of the very picturesque island of Mallorca.
This years challenge..
For the past 7 years I’ve organised a multi-day bike ride with some of my friends. they’ve all been enjoyable in their own ways. Normally they are the result of half a conversation over a couple of beers. Next thing you know we are starting the organising – that’s the way they happen.
Late 2015 and very early 2016 John and I had discussed getting train to Glasgow, cycling west, over a couple of ferries  and heading up the coastline to Oban over 2  days and then taking the train Oban back home (Newcastle).
I was out cycling one very cold January day and called in at a cafe (Hownsgill Tea Rooms) which was packed and only 2 spaces left next to 2 elderly gentlemen cyclists so I joined them. Turned out one of them Jack Watson came 3rd last year in the veterans road race championship in Austria at the ripe old age of 78. Wow, was I impressed!!!
Both he and his mate Dave Maughan went on to tell me hey go to Mallorca every year for 6 weeks at a time and and lead roadies out when they go on their organised cycling holidays.
So, the next time we were out I brought it up in conversation  … that was it, we were going.
John had walked one way on the GR221 last year from Pollenca to Peguira, occasionally stopping in government run refuges (like Youth Hostels) along the way and they only cost 11 euro/night.
Unlike all the rest of the cyclists we saw out there, our intention wasn’t to hire lightweight road bikes and base ourselves in one town, instead we would hire touring bikes and tour the mountain range (up on the coastal side and return on the east side) lugging panniers with us as we went.
Flights were booked through Easyjet for £90 each return – no hand luggage as we only carried a fully loaded pannier each.
It would’ve cost £75 each to take our own bikes, we would have needed a bike bag and somewhere to leave the bag near the airport. Alternatively we sussed out Nano cycles in Palma would hire us a touring bike with a rack on for our panniers for 58 euros for 4 days. I took my saddle and pedals to use which they swiftly swapped over.
John knew the bus number from airport into Palma, how much it would cost (3 euro) and which bus stop we needed to get off.
I plotted the daily routes on my Garmin 800. John had paper map backup and viewranger on his phone Which we used when we re-routed from the castle accommodation on our last day.
We were under no illusion that the ride would be hilly but the mileage wouldn’t be long – we were ready for the challenge.
​ 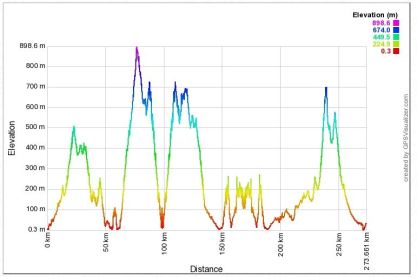